How to cite this article

Temporomandibular joint (TMJ) dislocation is characterized by mandibular condyle dislocation out of articular cavity, fixated in an abnormal position in which self-reduction it is not possible. The TMJ traumatic dislocation occurs after medium and high intensity trauma directly on the joint or on symphyseal area and it is generally associated to fractures. This report documents a case of an unusual posterolateral dislocation of the left condyle with tympanic plate fracture, insignificant fracture of mandibular condyle, and discuss about the clinical symptoms, classification of dislocations, and treatment. A list of similar cases from the last 10 years is also showed.

Temporomandibular joint (TMJ) dislocation is characterized by mandibular condyle dislocation out of the articular cavity, fixated in an abnormal position in which self-reduction is not possible. Commonly, the dislocation occurs in the anterior direction after wide open mouth movement associated with spasm of masticatory muscles [1].

The TMJ movements are guided by the masticatory muscles and limited by articular ligaments. The factors considered essential to such injury to occur are the size and direction of applied force, the position of the jaw (mouth in a wide-open position) and the anatomic features of the joint, such as ligament laxity. The TMJ traumatic dislocation occurs after medium and high intensity trauma directly on the joint or on symphyseal area. This kind of TMJ dislocation is in almost all cases associated to fractures and it is very uncommon a TMJ dislocation without condylar fracture [2]. The aim of this paper is to describe a case of posterolateral dislocation of the TMJ with tympanic plate fracture and a tiny medial condylar segment.

A 27-year-old man was referred to the Oral and Maxillofacial Surgery (Restauração Hospital, Recife/Brazil) because he could not open his mouth and referred otalgia and hearing loos after a fall. Physical examination showed facial asymmetry and severe deviation of the mandibular midline to the left side (Fig 1A) associated with cross bite malocclusion (Fig 1B). The patient was not able to do any mandibular movement. An external protuberance on the lateral of the left zygomatic arch was evident. 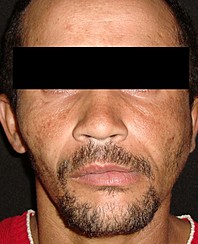 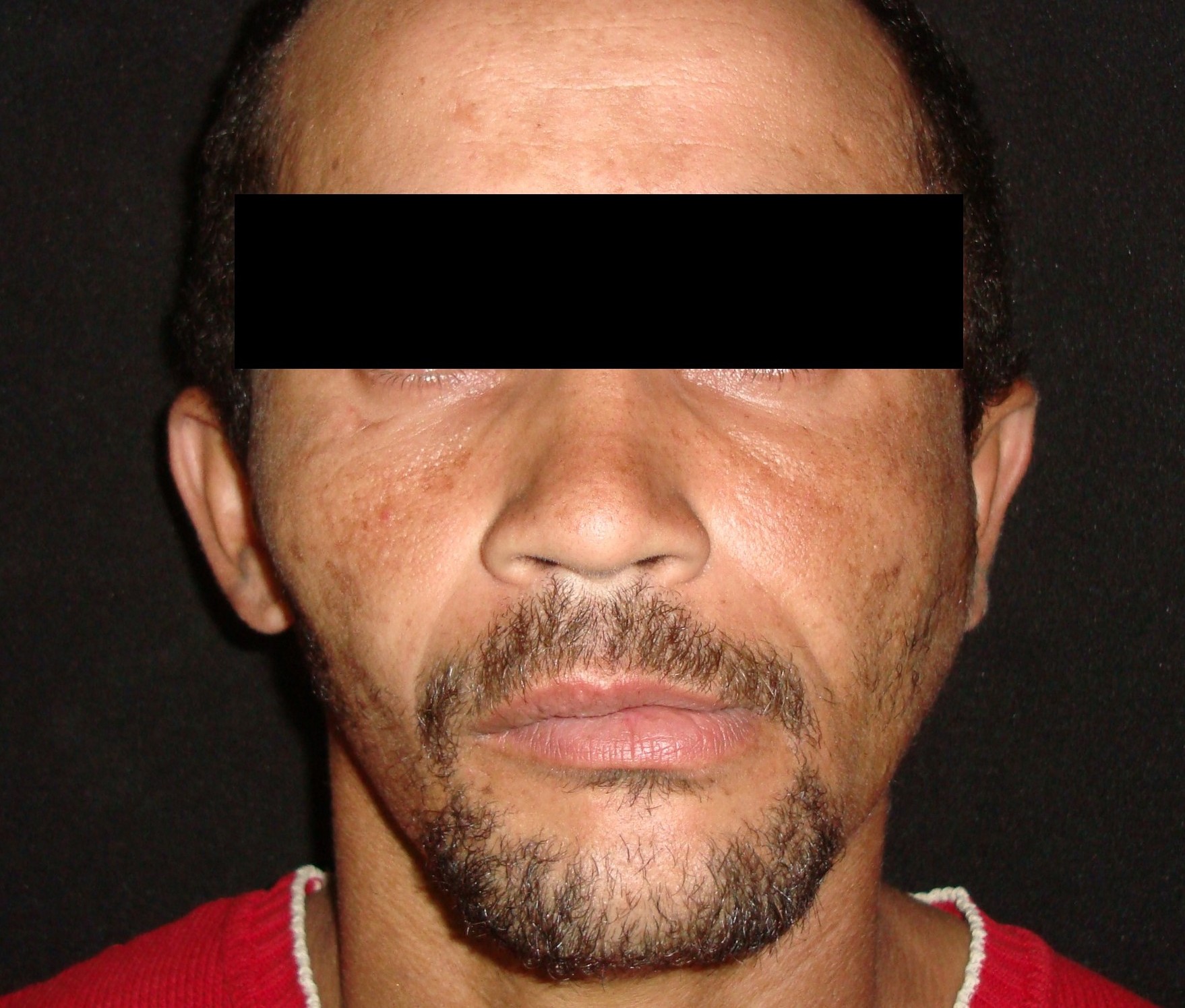 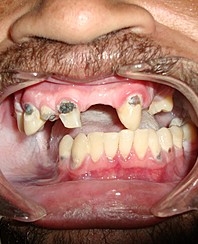 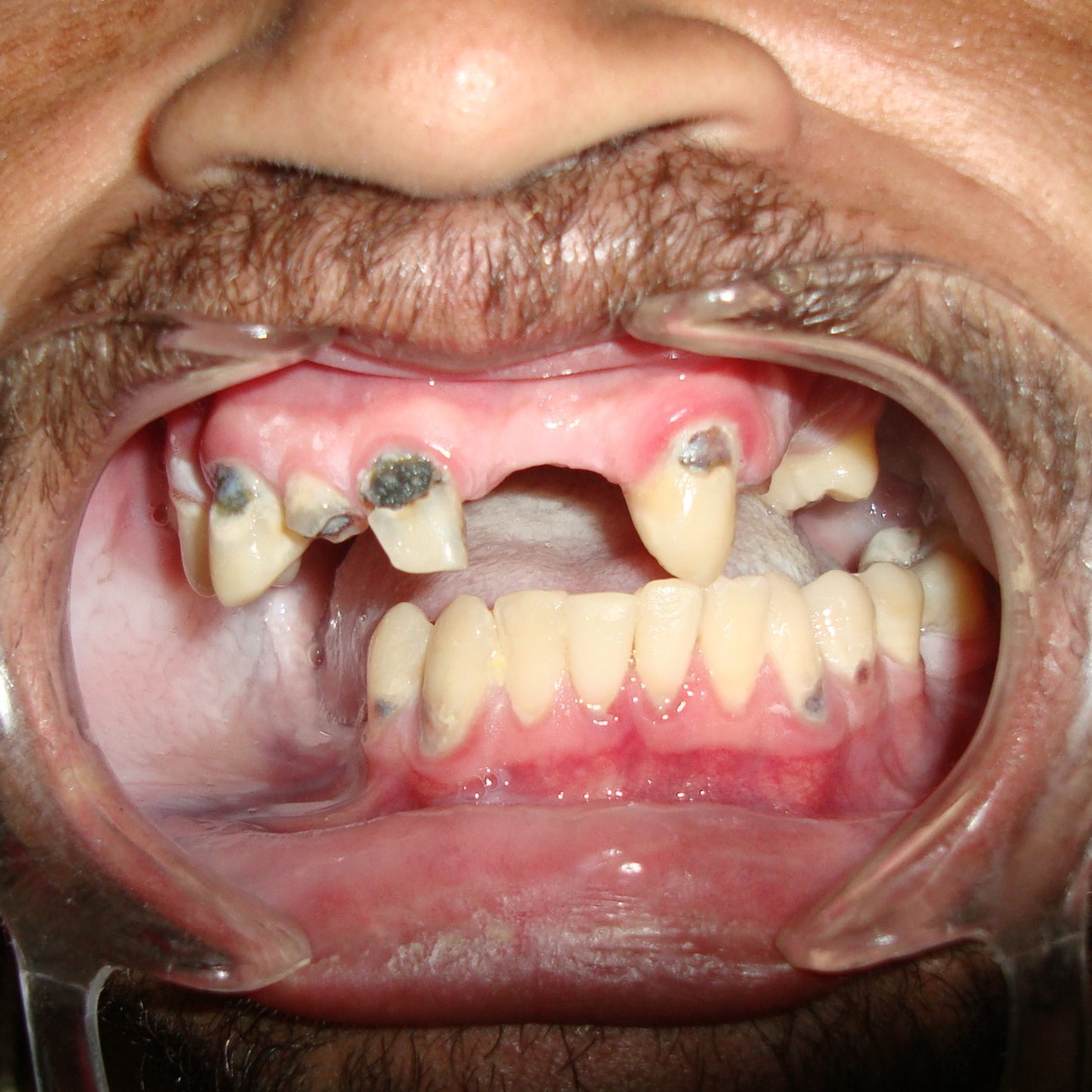 FIGURE 1. Deviation of the mandibular midline (A). Cross bite malocclusion (B).

A computed tomography (CT) scans showed posterolateral dislocation of left TMJ with tympanic plate fracture in the ipsilateral side and a tiny bone medial spicule of the condyle (Figs 2, 3). No significant mandibular fractures were noted. The manual reduction would be attempted first under local anesthesia and sedation. 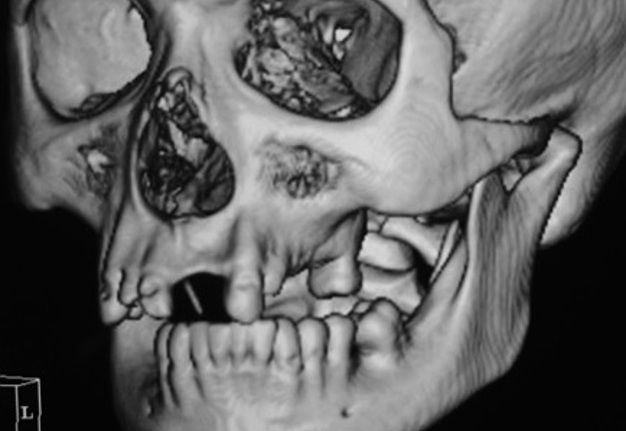 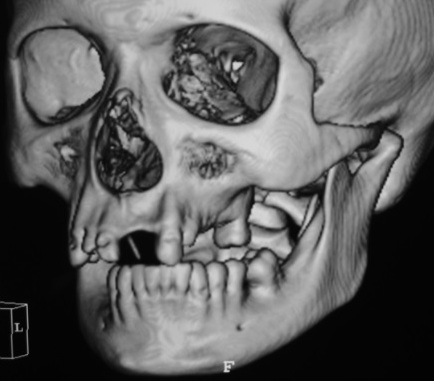 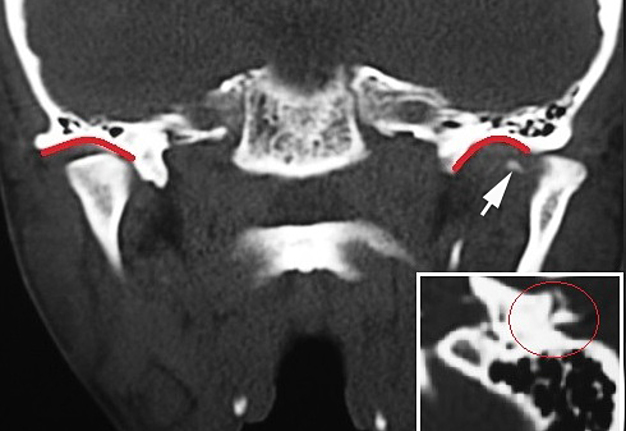 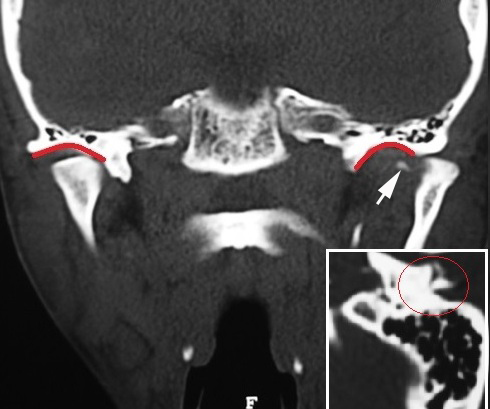 The treatment consisted in administration of midazolam orally, thirty minutes before the procedure, and anesthetic block of auriculotemporal nerve. The surgeon realized closed reduction with mandibular traction to the anterior and contralateral position. During the procedure, the patient was conscious and did not referred pain. After procedure bleeding from left ear was noted, but it was selflimiting (Fig 4).

The left condyle returned to its original position. The patient was oriented to limit the jaw movements and take liquid diet for seven days. Non-steroidal anti-inflammatory drugs were prescribed for four days. Because his otalgia and hearing loss, he was referred to an otorhinolaryngology service.

The postoperative course was uncomplicated and the patient was discharged with almost normal mandibular movement and 35 mm mouth opening seven days later. Facial contour and occlusion after reduction were satisfactory (Fig 5). The follow-up was of two years; mandibular function was normal but hearing loss was still present. 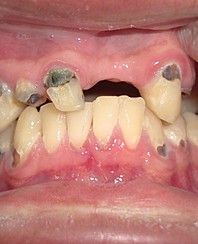 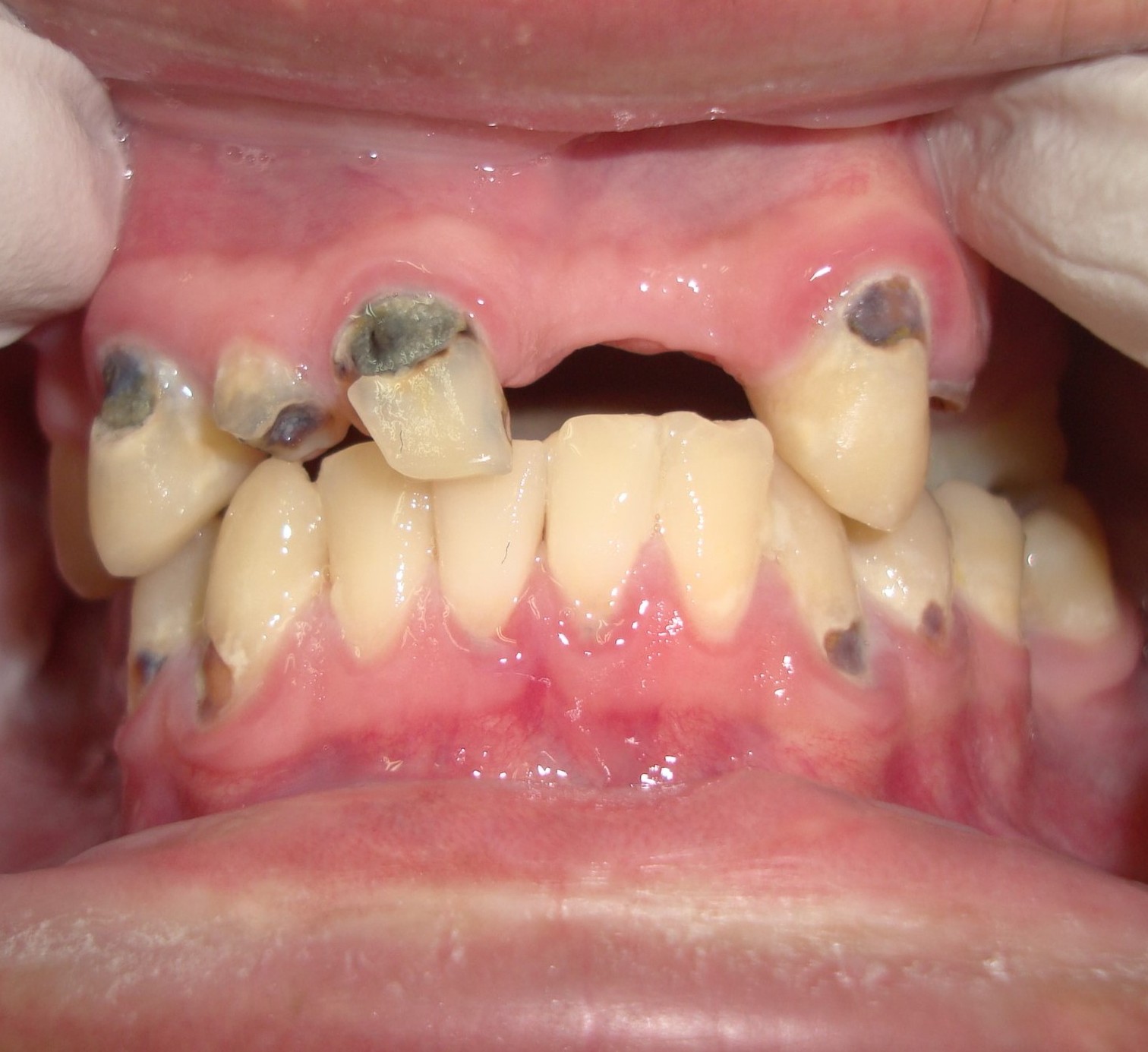 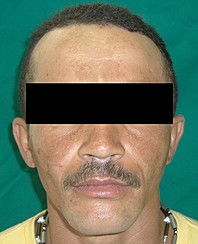 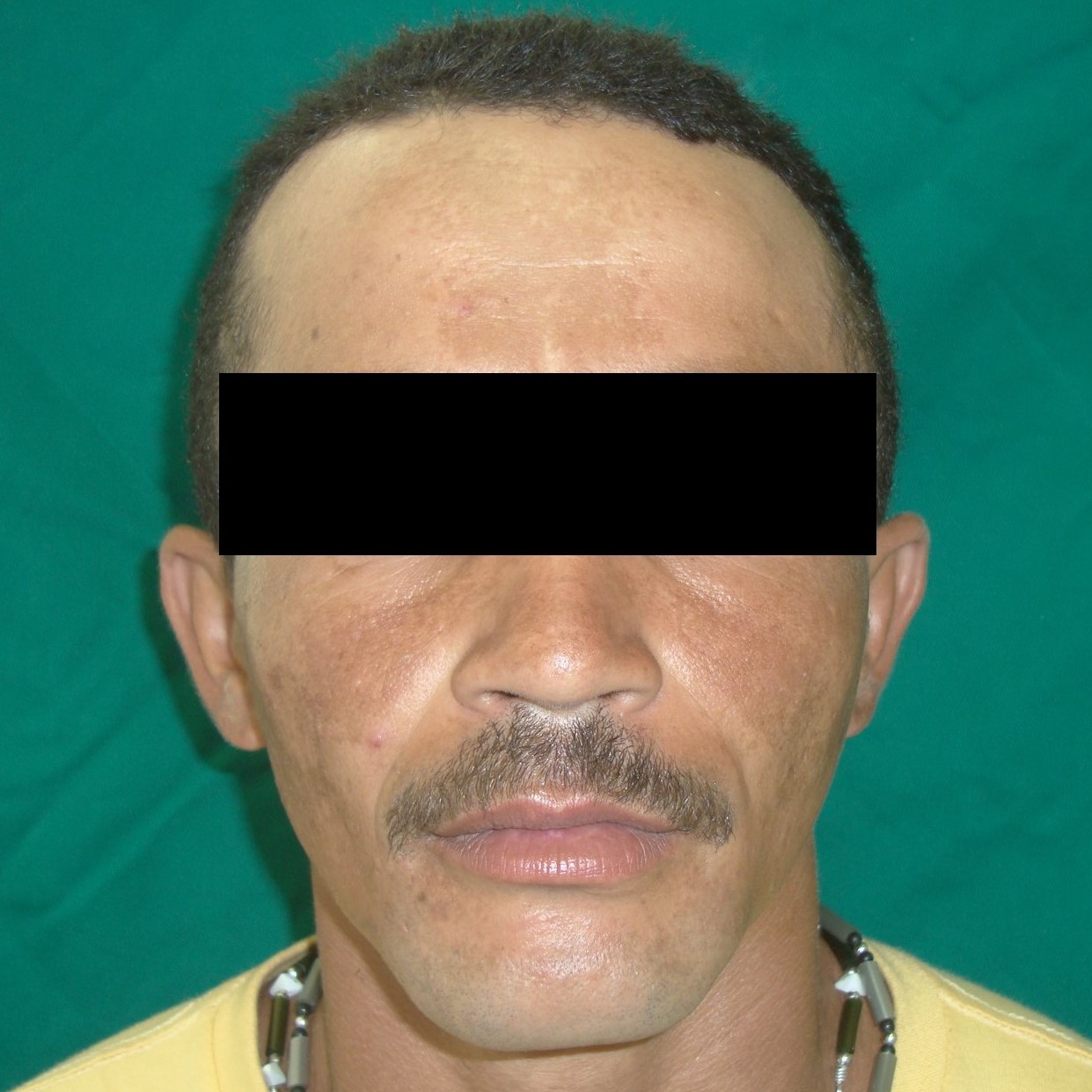 FIGURE 5. Facial contour (A) and occlusion (B) after reduction were satisfactory.

To review similar cases of unusual TMJ dislocations in the English literature a Pubmed search was conducted using the following search criteria: (Unusual or rare) and (dislocation or luxation) and (TMJ). Bu et al [3] reported their case and 17 additional cases until 2007. Prabhakar and Singla et al [4] reported their case, the 17 cases described by Bu et al [2] and one additional case until 2011. Three additional cases were identified until June 2017 by the authors of this paper [5, 6, 7]. Details of cases of the last ten year are descried in Table 1.

In this case, hearing loss and otalgia was referred for the patient. The CT scans showed a small fracture on the left tympanic plate. The pain was controlled by non-steroidal anti-inflammatory drugs after the procedure and he was immediately referred to an otorhinolaryngology service to investigate his hearing loss The signs of tympanic plate fracture are usually manifested early and includes: otorrhagia, otalgia, hearing loss and stenosis of the external auditory canal. Hearing deficits is due to rupture of the tympanic membrane, laceration of the auditory canal anterior wall, edema of the TMJ or disarticulation of the auditory ossicles. When the acoustic nerve is damaged, permanent deafness may occur [10].

Nakashima et al [2] described a case of anterior TMJ dislocation overlooked for more than two decades where the patient referred aural symptoms. There is no study suggesting that anterior dislocation has relevance in aural symptoms. This can be justified by the stretching of the anterior malleolar ligament of the malleus but this hypothesis has not been proved.

The usual treatment for TMJ dislocation consists in manual reduction with controlled traction under local or general anesthesia, which depends on patient conditions [5]. Surgical techniques are needed when non-surgical methods have failed. Deng et al [11] suggests that endoscope-assisted reduction is a great treatment method for TMJ dislocation, mainly for long-standing condylar dislocation. They justify that endoscope-assisted reduction provides a good TMJ view with a small incision which minimizes the risk of surgical complications.

It is difficult to determine a specific treatment protocol for posterior dislocation into the external auditory canal because there are not many reports. Vasconcelos et al [5] reported a case of posterior dislocation where the manual reduction under local anesthesia failed, so the patient was treated by closed reduction under general anesthesia using percutaneous traction with a zygomatic hook placed in the mandibular notch.

The purpose of treatment consists: Repositioning the condyle in the glenoid fossa; observing the involvement of the tympanic plate or external ear canal; maintaining the patency of the external auditory canal and prevent TMJ ankylosis and infection [9]. In the present case, the reduction was performed under local anesthesia and sedation with satisfactory results.

Role of Author and Co-authors

Approval was obtained from the Medical Ethics Committee of the University of Pernambuco.

Written patient consent was obtained to publish the clinical photographs.