Age-old techniques like Le Fort I osteotomy and Le Fort I distraction have been used for correction of cleft related maxillary hypoplasia [1]. In 2003, Dolanmaz first used the anterior segmental maxillary distraction technique [2]. Since then it has become a very useful technique for correction of cleft related maxillary hypoplasia. The greatest advantage of anterior maxillary distraction over the other aforementioned conventional techniques is that since only the anterior portion of the maxilla is  being moved forward, there is no worsening effect on velopharyngeal closure [3, 4].

The appliance (Fig 1) can be placed intra-operatively as advocated by Gunaseelan or it can be placed prior to operation as practiced by the author. This prevents cement failure. The procedure takes place under general anesthesia  with oral endotracheal intubation. A maxillary vestibular incision is made from first molar to another molar. The mucoperiosteum is reflected to expose the maxillary bone up to the infraorbital foramen. A buccal linear osteotomy cut is made on both sides at a similar level with a 701 bur under copious irrigation above the level of the root apices from the pyriform rim to the predetermined distraction site between the premolars and molars parallel to the occlusal plane. Lateral nasal osteotomes are used to cut the lateral nasal wall from the pyriform rim at the same level of the buccal cut on both sides. Care is taken to protect the nasal mucosa. The nasal septum is then transected at its base just beyond the distraction site using a guarded septal osteotome. Vertical interdental cuts are made between the second premolar and first molar through the buccal cortex using a bur. These are then deepened using spatula osteotomes. This is followed by palatal osteotomy using a curved osteotome with very gentle force because using tactile sensation for guidance. The palatal bone is not cut completely to avoid damage to the periosteum. Luxation on both sides is performed using gentle force to fracture the anterior maxilla. The completion of the osteotomy cut is confirmed by activation of the distractor screw intraoperatively and symmetrical movement on both sides was confirmed. Closure of the vestibular incision was then performed using a 3-0 Vicryl suture. Activation of the screw starts typically on the fifth postoperative day and at the rate of four turns twice a day. This advances the maxilla by 0.72 cm per day. After completion of distraction, the maxilla is left for consolidation for 12-14 weeks. Thereafter the appliance is removed and prosthetic rehabilitation for the gap created is done by fixed partial denture (FPD)/dental implants. 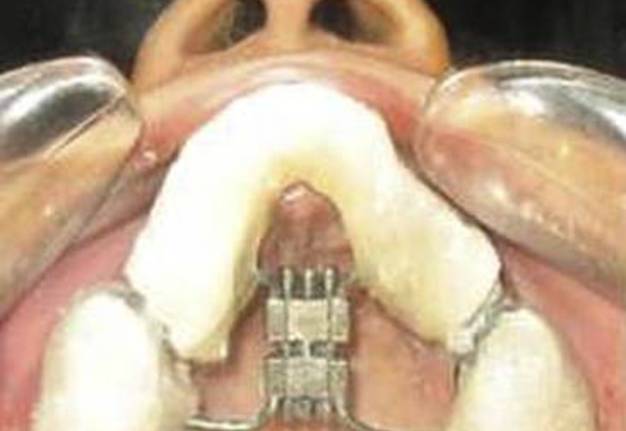 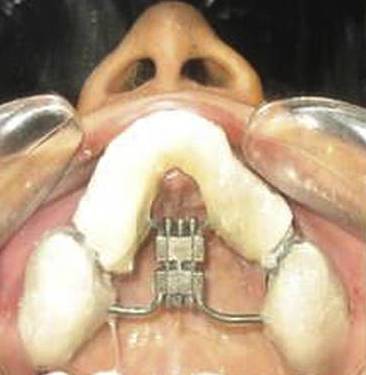 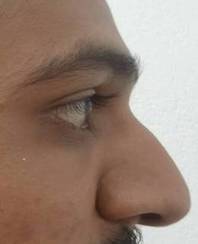 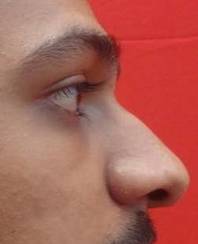 CASE 1. Result after anterior maxillary distraction. Photographs before (A) and after (B) treatment. 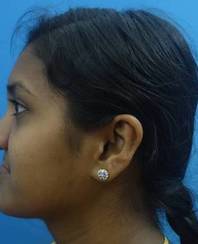 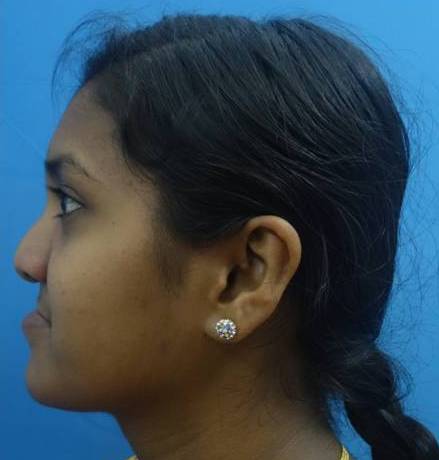 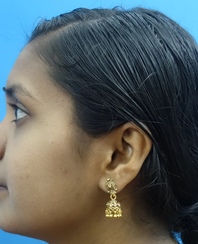 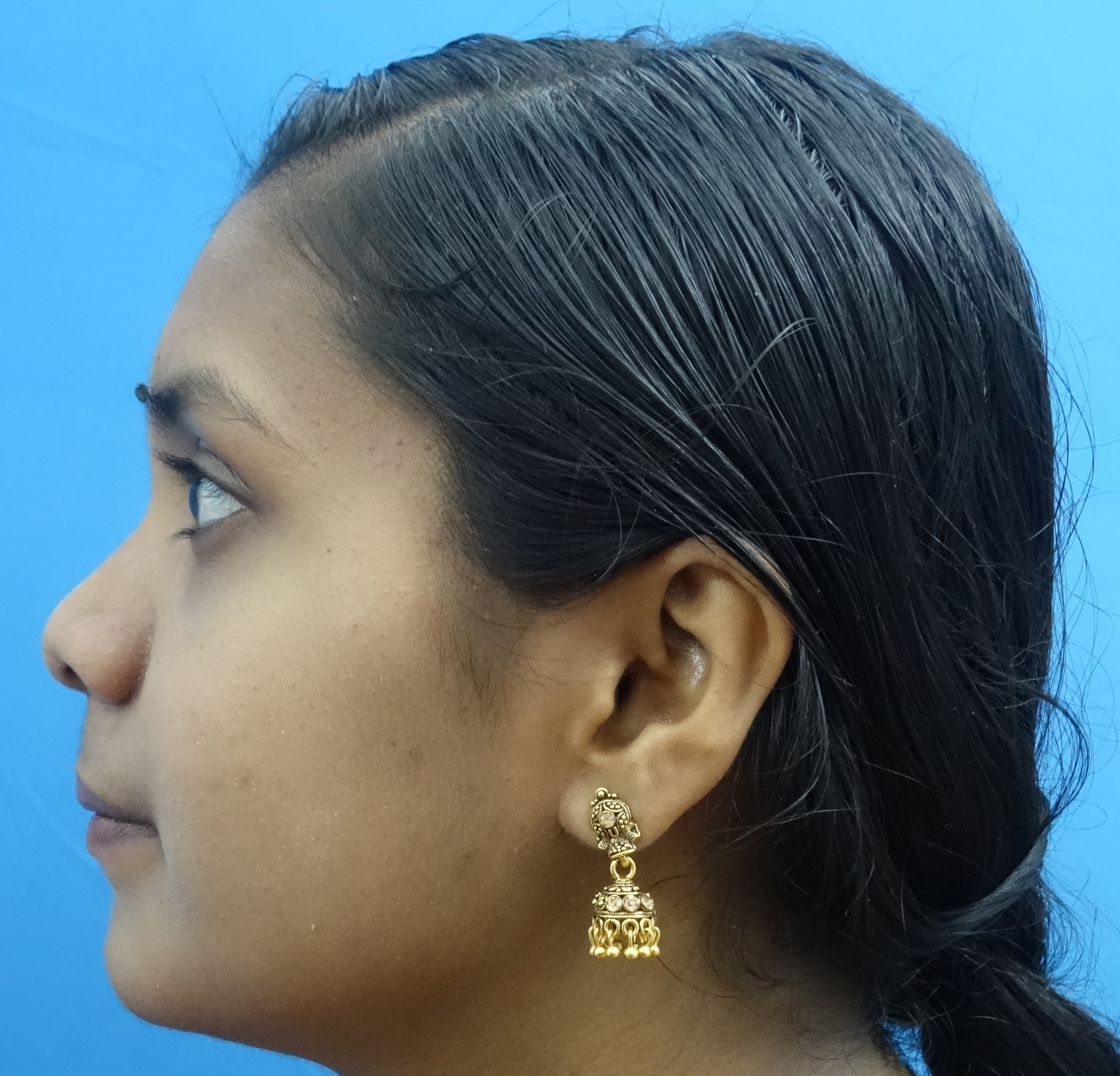 CASE 2. Patient showing good results after anterior maxillary distraction. Photographs before (A) and after (B) treatment 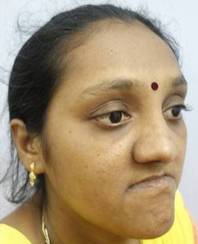 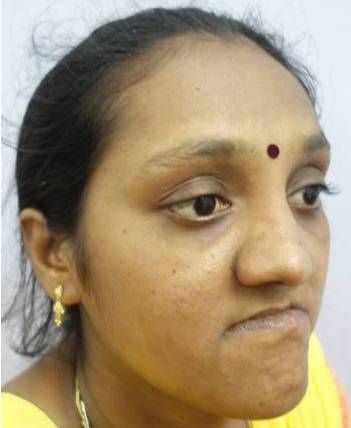 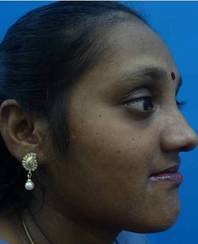 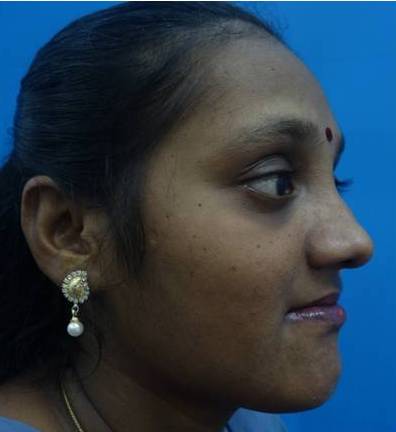 CASE 3. Excellent improvement in facial profile. Clinical photographs before (A) and after (B) treatment 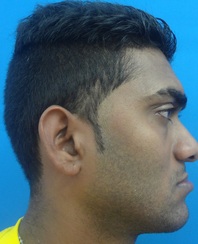 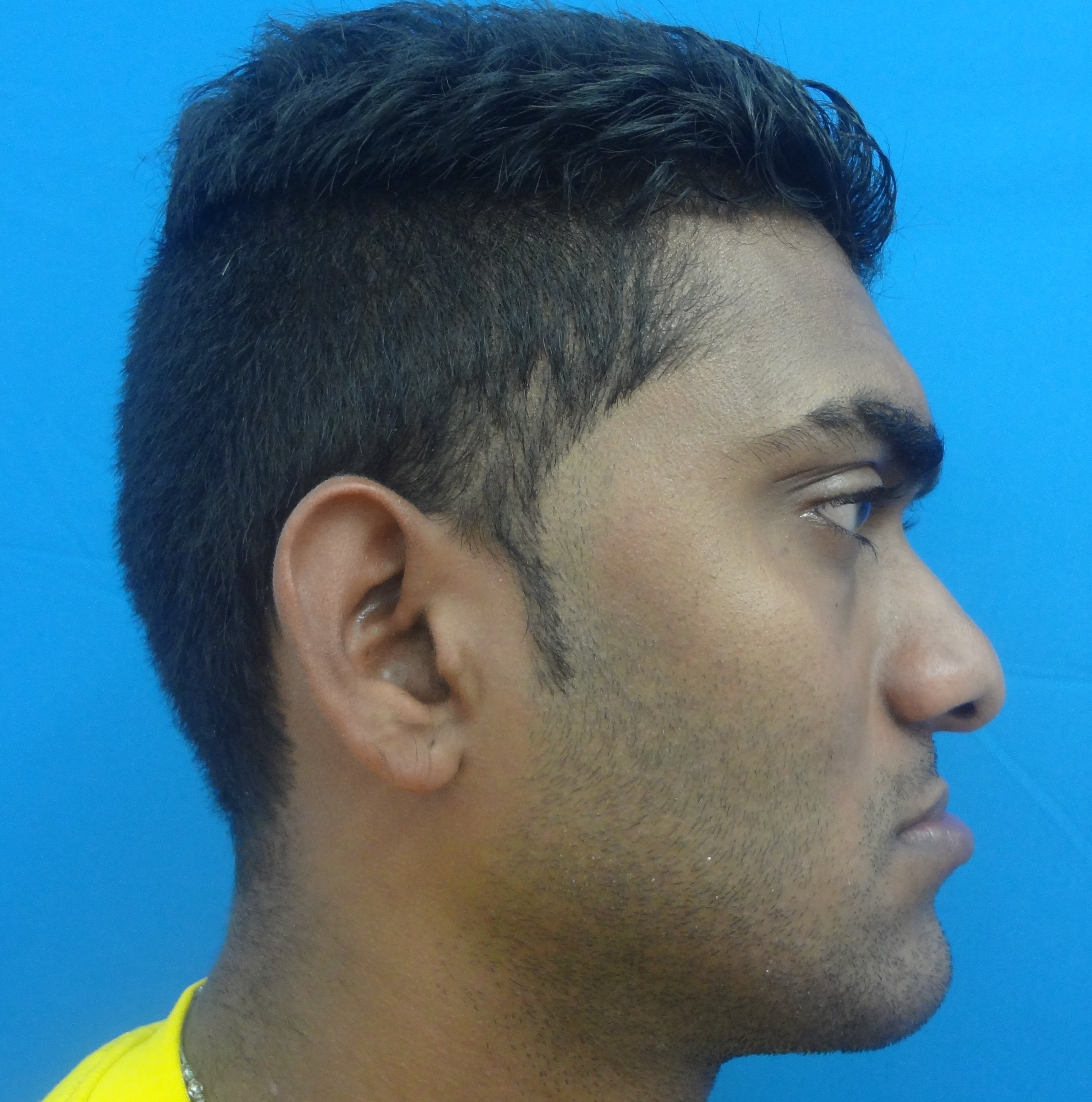 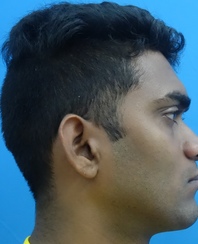 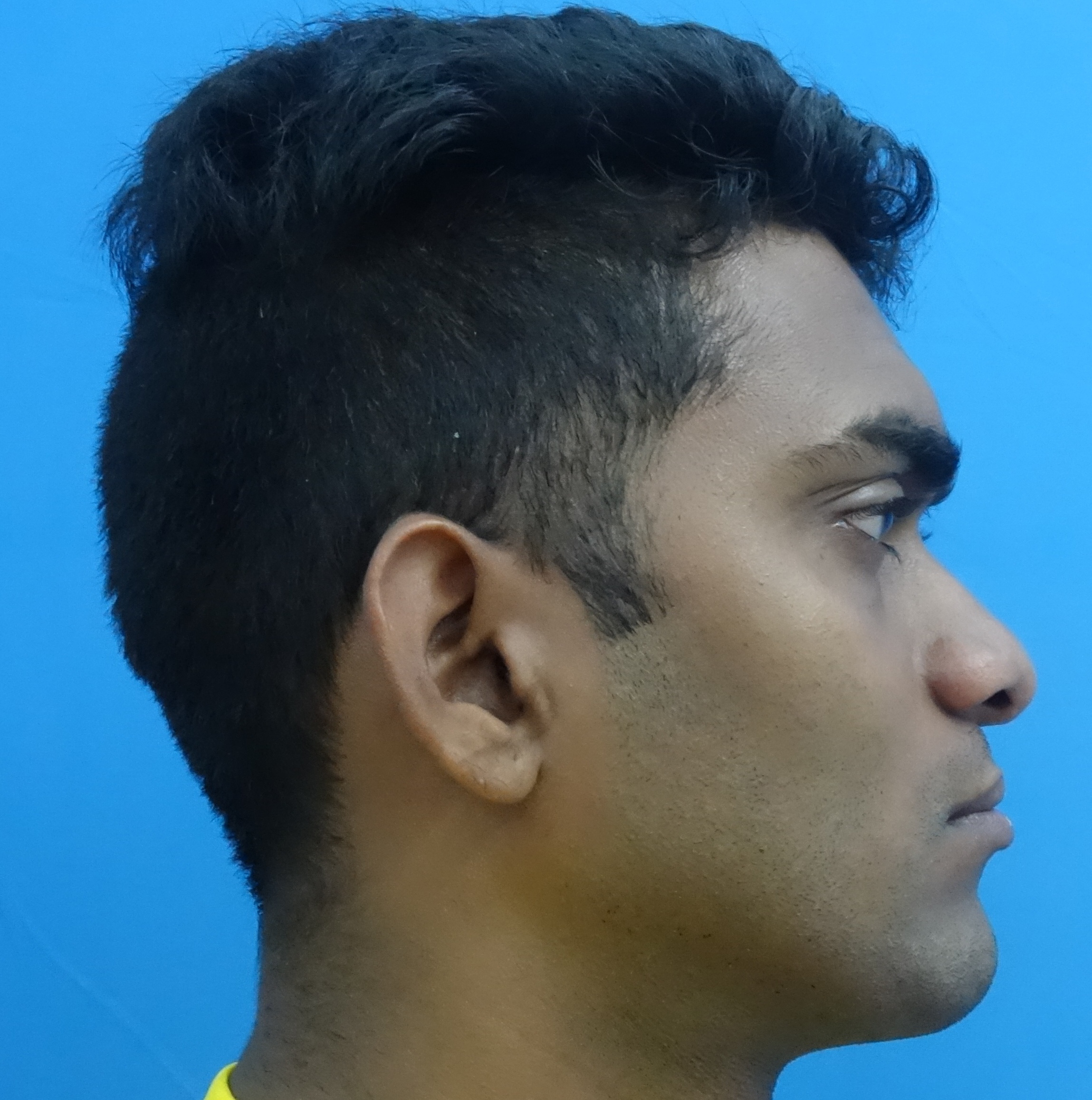 CASE 4. Improvement in facial profile. Clinical photographs before (A) and after (B) treatment.

Role of Author and Co-authors

Approval was obtained from the Medical Ethics Committee of the Rajas Dental College and Hospital.

Written patient consent was obtained to publish the clinical photographs.