Clinical and Intraoperative Features of Dirofilariasis of the Temporal Region: Case Report

Dirofilaria (synonym: threadlike worm) is a parasite of domestic and wild animals that can infect humans secondarily by mosquitoes. Our case is strictly demonstrating the features of the Dirofilaria repens located in the temporal area. And we precisely described that stage of absence of Dirofilaria migration as stage of anabiosis (state of greatly reduced metabolism) before its encapsulation stage.

A 31-year-old patient referred to the Maxillofacial Surgery Center with complaints for a painless nodular swelling in the left temporal region (Figs 1, 2) during last month. The patient did not notice any movement (active migration) in the area of swelling. Also, patient did not complain for a spontaneous increasing of swelling in the face similar to allergic reaction. According to patient medical record he lived near the water supply and sewage enterprise in Ukrainka, Kyiv Region. Ultrasound showed an oval shape hypoechoic lesion in cellular tissue in the inferior aspect of the left temporal area. Color and Power Doppler showed no vascularity inside the lesion and in the surrounding tissue. A surgery (enucleation) was done under the general anesthesia. A worms` behavior during (Fig 3) and after the surgery (Fig 4) was the same as in report of Jayasinghe et al (2015) [6]: first a threadlike worm was found to be wriggling for several seconds before it became lifeless. A histopathological evaluation confirms the preoperative diagnsosis. The postoperative period was smooth. 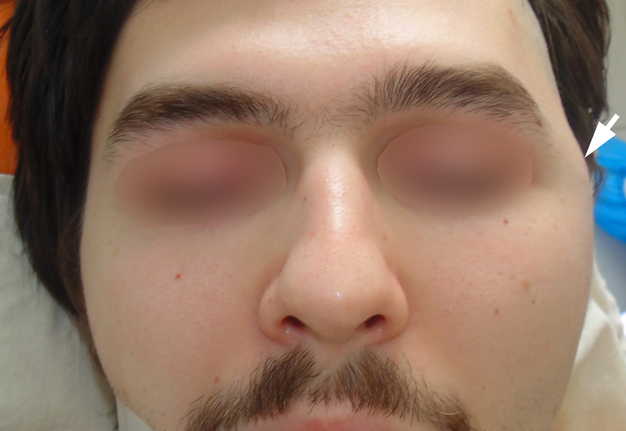 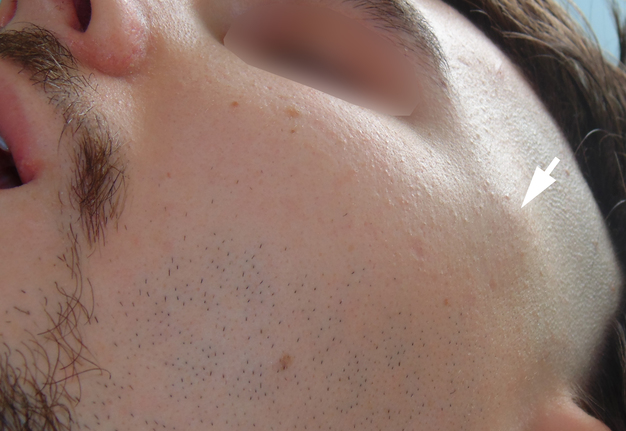 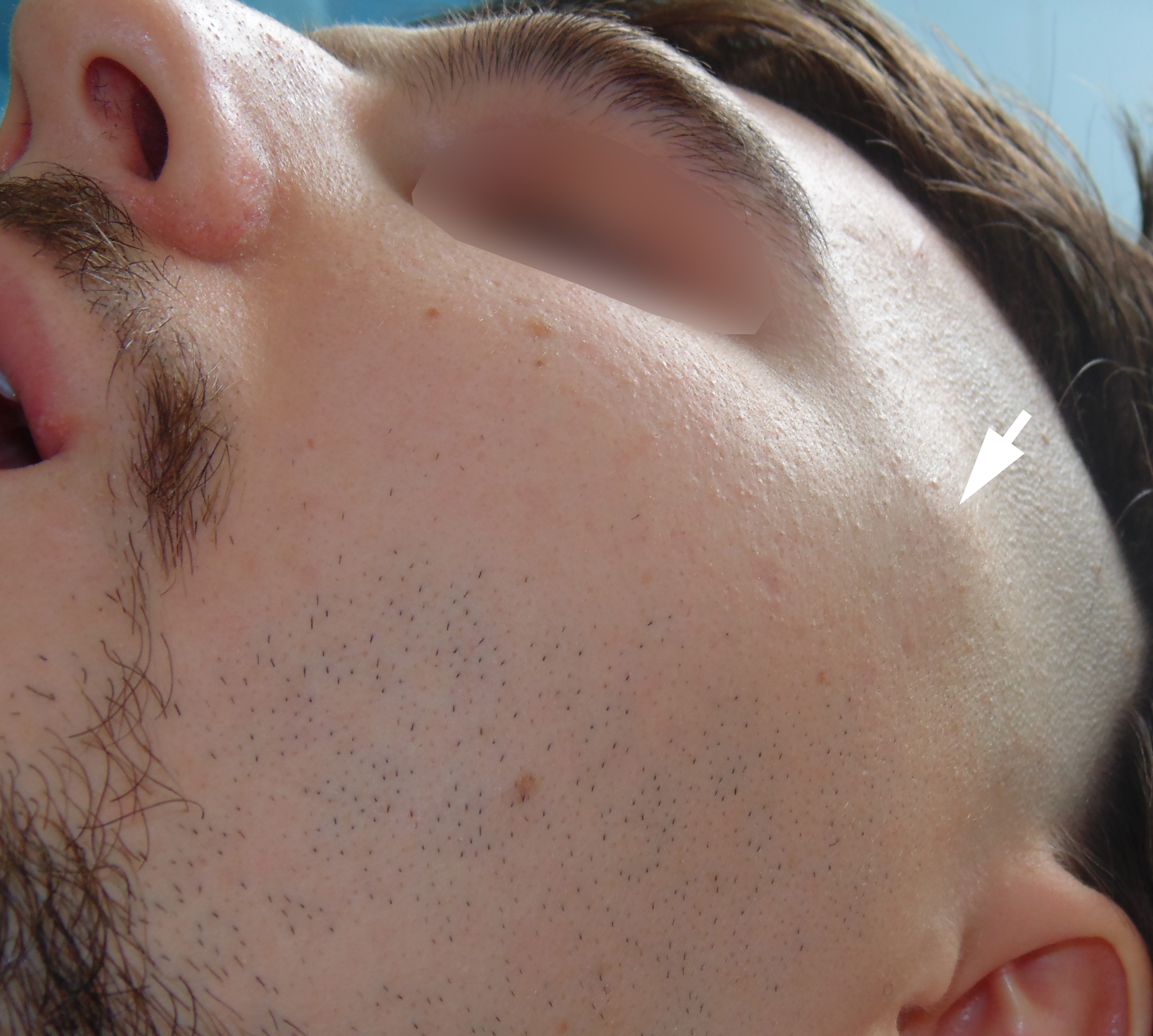 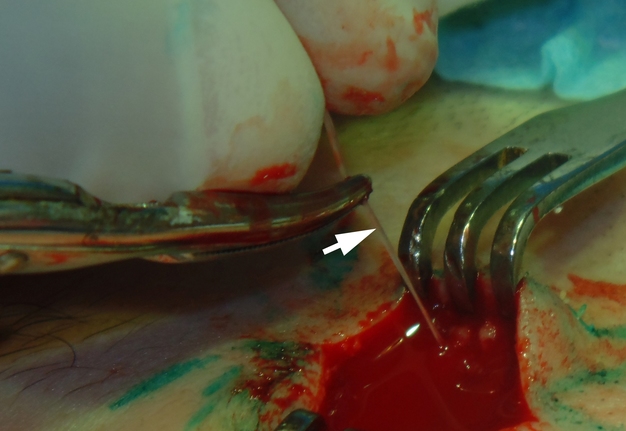 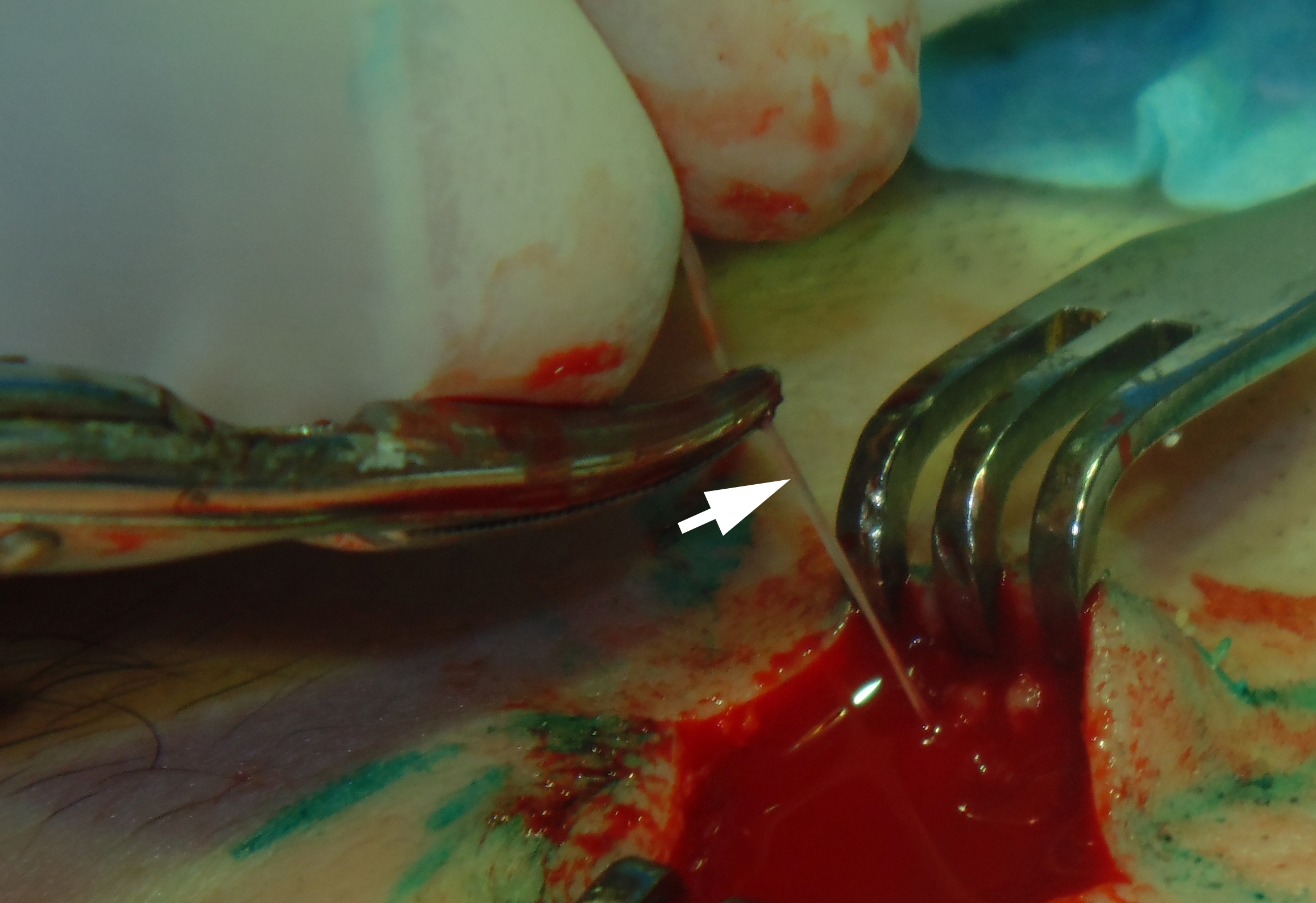 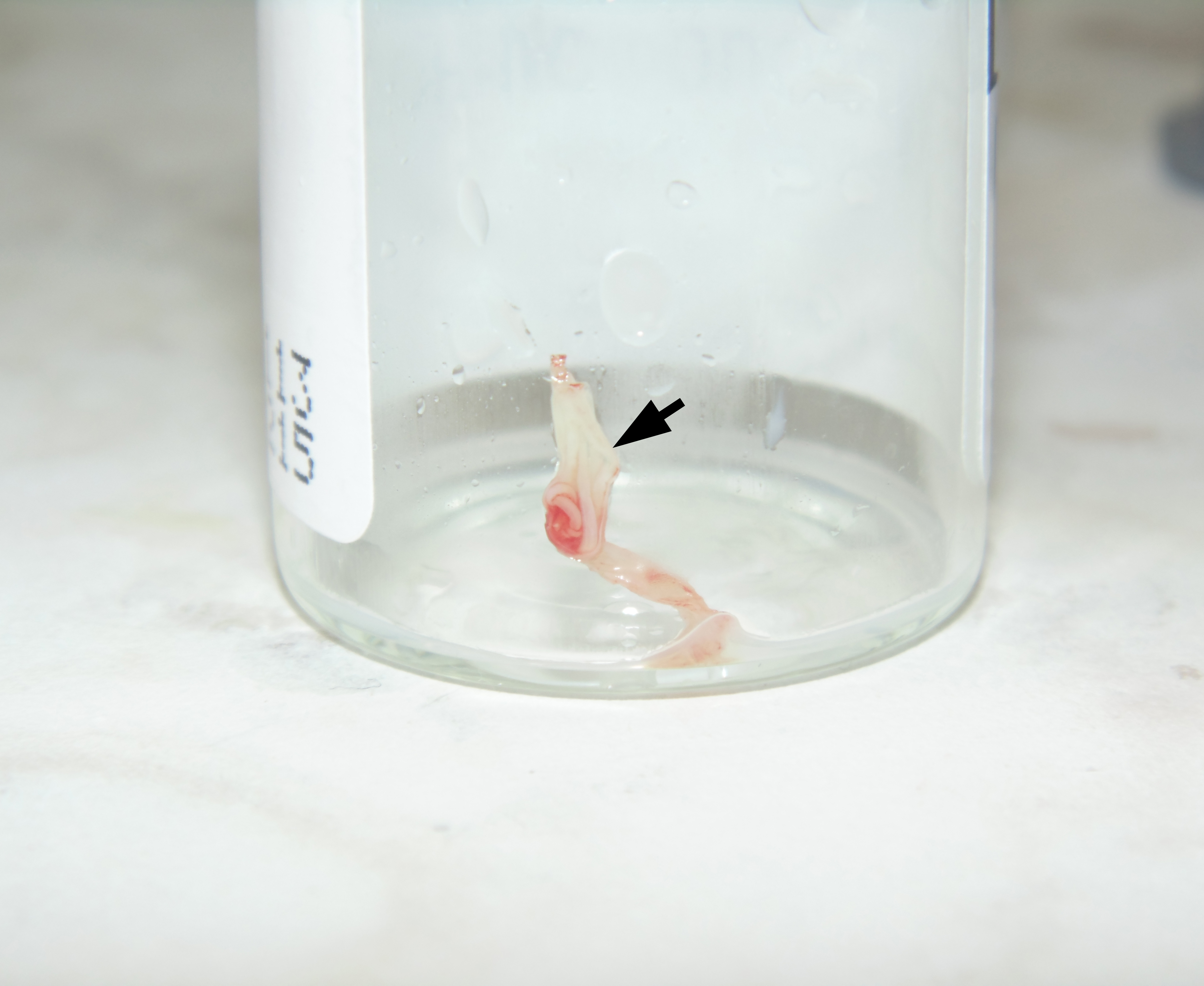 Pampiglione et al (2001) reported about 60 new cases of Dirofilaria repens in Italy during 9 consecutive years [7]. According to their significant amount of cases the Dirofilariawas located in the subcutaneous tissue (49 cases), the epididymis (2 cases), the spermatic cord (2 cases), the lung (2 cases), the breast (2 cases), the omentum (2 cases), and under the conjunctival tissue (1 case) [7]. In 2015 Manuel et al reported only a 13th intraoral case of Dirofilaria published in literature [1]. Also a lot of case reports described ocular Dirofilariasis [8]. Generally, review of literature revealed around 800 Dirofilaria cases distributed worldwide [5]. The prospective study (Ermakova et al, 2017) of 266 patients revealed that proportion of patients with encapsulated parasites was 56.4%; active migration of the parasite was observed in 43.6% of patients [9].

Our case is precisely demonstrating the features of the Dirofilaria repens in the stage of absence of migration i.e. stage of anabiosis (Tymofieiev, 2012) (anabiosis is a state of greatly reduced metabolism) before its encapsulation stage [2].

Role of the Co-authors

Written patient consent was obtained for publishing the clinical photographs.

No funding was received for this study.